Dr. Wanyun “Abby” Shao has always loved nature. She grew up in Sichuan (四川 meaning “four rivers”), China. She vividly remembers swimming in the river, along which she grew up. Although she origin 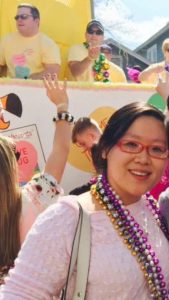 ally wanted to pursue a law degree, after witnessing an economic miracle accompanied by massive environmental degradation, her interest in human-environment interaction was ignited. That interest later led to her decision to become a geographer. She obtained a Bachelor of Sciences degree, with a concentration in urban and regional planning, from Jilin University (China). In 2006, she came to the U.S. for her graduate studies. She first went to the University of Wyoming for a Masters of Planning, where she hiked and camped with her friends in the beautiful national parks there when she wasn’t working or studying.

Shao moved to the South in 2008 to pursue a Ph.D. at Louisiana State University. She worked as a research assistant for the multidisciplinary Southern Climate Planning Program, a Regional Integrated Sciences and Assessments team funded by the U.S. National Oceanic and Atmospheric Administration (NOAA). She interviewed state officials, non-governmental staff, and scientists about solutions to Louisiana’s disappearing coast. Working at the intersection of climate science and political science, Shao took a keen interest in the gap between the scientific consensus on anthropogenic climate change and American public opinion on this issue. She merged public opinion survey data with climate data and examined how local weather and climate, along with political predisposition, shapes American attitudes towards climate change.

After obtaining her Ph.D., Shao worked as a Coastal Resources Scientist under the unit of Plan Development at Coastal Protection and Restoration Authority in Louisiana. She took part in the 2017 Master Plan team. For the most part, she was involved in a comprehensive effort to estimate community resilience to flooding across coastal Louisiana.

Shao wanted to be an academic since a young age under her parents’ influence. Her father was a high school teacher, and her mom, despite the fact she did not finish middle school due to the Cultural Revolution, deeply believes that it is glorious to pursue knowledge for its own sake. 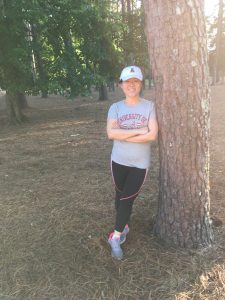 In 2017, Shao was awarded the early-career research fellowship by the National Academies of Sciences, Engineering, and Medicine Gulf Research Program.

Shao’s primary research interest is focused on human-environment interactions at various geographic scales. Her research can be summarized as understanding environmental decision making within a geographic context. Shao conducts empirical studies by mainly using quantitative methods. She continuously attempts to build a coherent theoretical framework linking geographic context and temporal scale with environmental decision making based on empirical findings. Her recent research has been published in Annals of the American Association of Geographers, Water Research, Environmental Research Letters, Journal of Hydrology, and Environmental Politics among others.

Shao deeply believes in the importance of communicating science with the general public. She has authored several analysis articles based on her academic research. These articles have appeared in  Conversation, Vox, and Washington Post. She has also been interviewed by journalists at the United Press International for flood maps, Medium for Hurricane Florence, and New York Times for weather and climate change communication.